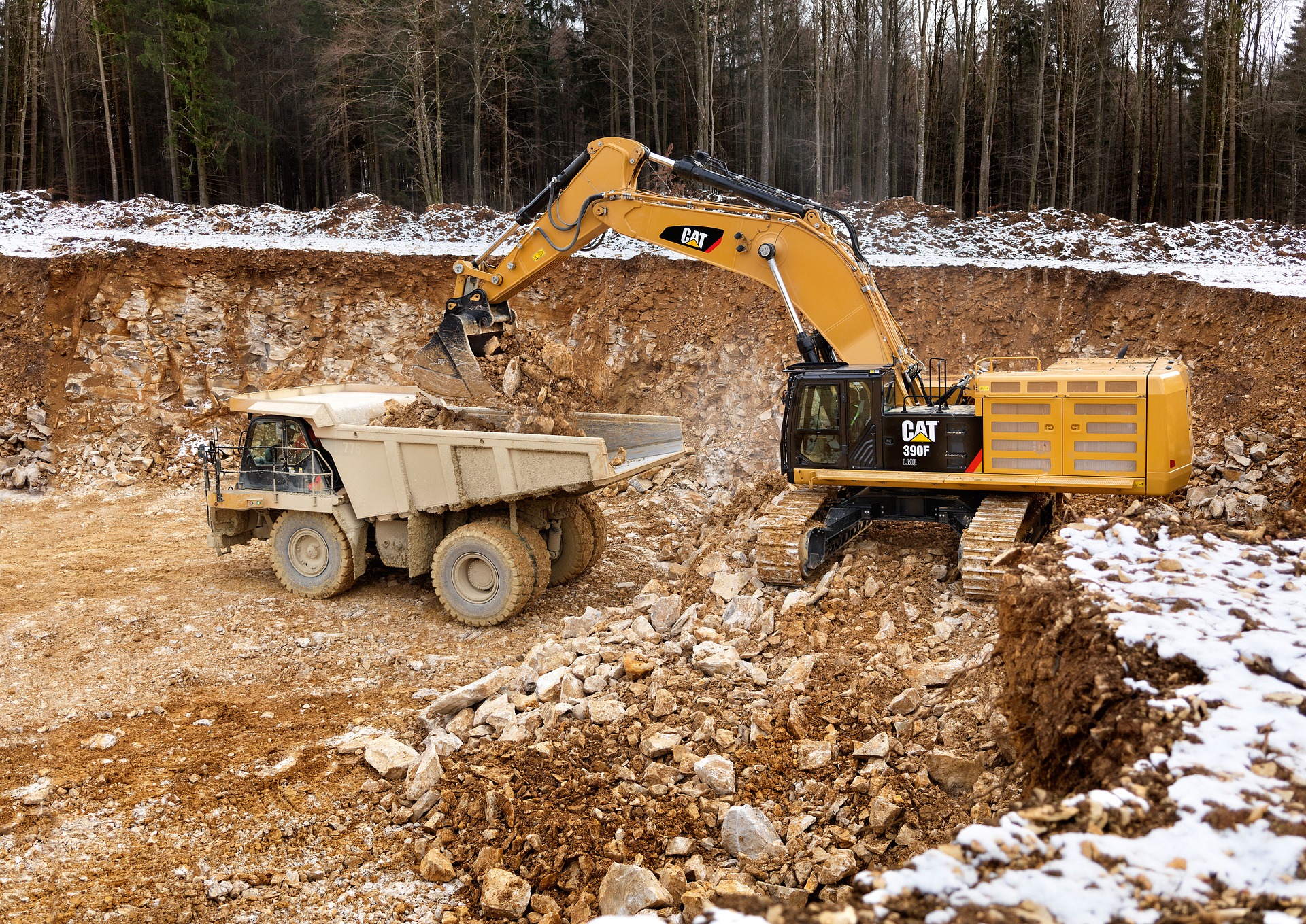 Easily the most recognisable machinery in any construction site because of their size and significance, earth-moving equipment are ubiquitous across applications in the construction industry. They are used for a wide range of earthworks including laying foundations, grading soil, removing dirt and rocks, digging trenches, demolition works, etc. These complex machines are operated by professionals. Different types of earth-moving machines are capable of accomplishing different types of tasks and owing to technological advancements in the industry, today there are various types of earth-moving machinery available in the market capable of catering to almost any kind of construction activity.

Here’s a list of some of the most prominently used earth moving equipment in the construction industry:

Let’s take a closer look at them.

These heavy machines consist of a base cabin and a long arm with a bucket attachment at its end. They use a hydraulic system to function. The operator controls the excavator from the base cabin which is capable of rotating 3600. The base cabin is placed on a supporting structure with either wheels or tracks. Excavators are widely used in both small as well as large construction sites. Their applications include excavation, demolition, heavy lifting, grading, landscaping, mining, dredging and more.

Check out the new ZX530LCH-6 in this short clip.

Backhoe loaders or backhoes are tyre mounted machines with a shovel at the front and a bucket attached to a jointed arm at the rear end. They look quite similar to farm tractors and their mobility makes them ideal for use in urban areas. Backhoe loaders are medium-sized machines that can be used for applications such as excavation works, digging trenches, placing pipes, filling up trenches, lifting materials, etc. Some backhoe loaders come with retractable buckets that can either be replaced with equipment used for other construction activities or buckets of varying sizes that can be used for applications such as digging trenches varying in width.

Considered to be one of the most heavy-duty machines that can be spotted at a construction site, one of the most common applications of bulldozers is moving huge amounts of dirt or soil in large and open construction sites. They have a large metal plate in the front which can be moved up, down until a certain depth or in a limited range of angles using two hydraulic pistons attached to it. Apart from moving soil, they can also be used for rough grading, fine grading, crushing or removing rocks, etc.

As the name suggests, these are tyre mounted small-sized machines which can skid on their own axis and therefore, are highly applicable in space-constrained construction sites. The tread pattern used in their tyres ensure that they have minimal impact on finished construction sites and that they limit soil compaction. These machines provide a good grip on snow as well as mud. Most skid-steer loaders commonly available in the market can be retrofitted with different attachments and can be used for a wide range of applications such as moving mud or snow, excavation works, compacting soil, drilling holes, lifting loads, etc.

Trenchers are earth moving machines which are used for digging trenches typically to be used for piping, cabling or drainage purposes. The material that has been dug up is deposited besides the trench by the conveyor system of the trencher. Different types of trenchers are available which vary according to their applicability, construction requirement or the sturdiness of the surface to be trenched. Trenchers generally are mounted either on tracks or on wheels.